When Every One Zigs, YOU ZAG!

Back in the day "THEY" said go to school, get good grades, go to college, and you'll get a good job that'll pay well enough to support your family.

Fast forward to today and "THEY" are still saying the same thing to our kids, BUT for what? So they can be shackled with debt and pay it off when they’re 50?

I came to the harsh realization that just because you land a good paying job, that doesn't necessarily qualify you as a success in America. That reality lesson came as a result of being laid off from a well paying manufacturing job in Detroit many years ago. The "carpet" was pulled right out from under me.

Around that same time I bumped into an old friend of mine at my favorite corner store in my old neighborhood. He knew when we bumped into each other that I would usually be at work at that time. So he asked me what was I doing there in the store. I had told him how I had been laid off from my job at the plant. You know what he said to me?


"When everybody else is Ziggin, you should be Zaggin bruh." I didn't understand what he meant at the time, but I did as time went on.

What he was trying to tell me back then was to not follow the crowd and don't do what everyone else is doing.

Isn't that what we who are network marketers are trying to do?   Zag?

Weren't we all told that to be successful in this country, all you had to do was work hard, keep your nose clean (stay out of trouble), save your money, live within your means, pay your bills on time, and pay your taxes and you'll be a success in America?   Zig?

Well, I'm sure you know that formula hasn't worked for a lot of people. Don't get me wrong, I'm not tearing down the U.S.A. because there is no place on earth I'd rather live. But it's obvious the old way of doing things ain't cuttin it anymore.  And we've got a lot of problems.

When 1 in 7 Americans are on food stamps, something's wrong! Funny, back in the day, people were embarassed to pull out their food stamps at the grocery check out counter. Now, people whip out those EBT cards like they're Visa Gold cards or something.

When 60% of families in America are giving away 2 out of every 12 paychecks they take home to the credit card companies every single year in interest. Something's wrong!  That’s like trying to dig yourself out of a hole by dropping all the sand you’re shoveling out of your hole behind your back.


Each and every month, tens of billions of more dollars leaves our country than comes into it. Something's wrong!  As a nation, we are constantly getting poorer. Imagine a giant wallet with 100 bucks in it. If you keep taking 5 dollars more out of that wallet each month than you put into it, you are eventually going to have an empty wallet right?


If you're reading this you are "Zaggin" because you're doing something the people who "zig" won't do. You are involved in a fantastic industry called NETWORK MARKETING.  You're either working your business to be free of a boss, to spend more time with your family and actually be there to watch your kids grow up, to have the extra money to take that dream vacation or to pay off all of the bills by the 5th of the month.

And you don't even care if you wind up being a part of the the NFL “No Friends Left” Club?  Because baby, you're "Zaggin!"

Remember a few years ago when, during the Super Bowl, there was black out?

Nobody was ready for it. Except one brand. Oreo. Some savvy Oreo guy took to Twitter during the power outage and tweeted…Power Out?  No Problem.  You can still dunk in the dark!  Guess what?   It went viral…cost the company NOTHING… and profits soared through the roof.  They were "Zaggin"

Meanwhile the other companies who spent millions on TV ads, got caught with their pants down. Yep! "Ziggin!"

Never give up on this thing called network marketing.  It's your Plan B if life hands you a black out.

Continue to zag, when everybody else is ziggin and we'll see you where the sun spends the winter on the beaches of the world!

Back to member profile >>
This article was published on 14.02.2017 by Frank F. Mayes
Author's business opportunity:

Jeffery Whiten Thanks for the pep talk! Net work marketing seems to attract more and more people as times get harder. Gotta keep on Zagging!  3 years ago

Shawn R Nice and I enjoy the way it was written..  3 years ago

Anna Douglas This was a nice article to read.  3 years ago 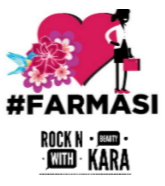