How Can You Recruit Leaders in Your Networking Opportunity?

If there's one thing that many networkers think about when building an organization, it's how many people they can get on their team.

But I doubt most of them are thinking more importantly of WHO they can get on their team.

So which one sounds more attractive in this scenario:

B) You recruit someone who turns out to be a leader/rockstar and quickly builds underneath you?

I know which one I would pick!

But how can you actually do this?

Well it turns out that network marketing veteran and leader Todd Falcone is going to show you in depth in this short presentation when you click here.

If I were to put it into a short description it would be one word: BELIEF.

Belief in your Company/Products

Belief in Your Abilities

But let's be real, if you have shaky belief in what you have, that leads to shaky messaging.

Now of course they won't eat you, but they will sense that you might not be all that confident in what you promote or how your company can help them create the income they want to have.

People need to have assurance from the others that what they have can absolutely satisfy what they're looking for.

But don't get that twisted with "guarantees" that it's going to happen as it all comes down to personal effort and consistent action.

You're not looking to get a bunch of people in who are "maybe" going to do the business or take it seriously from time to time.

You want people that will come in, put their head down and get right to work. You want the leaders and the go-getters.

But you can only get those people when you first show them that you're serious with your own business and that you have an unshakable belief that what you have is what can be their ticket to freedom.

And no just saying that you want "serious people only" in your posts or announcements isn't going to cut it.

But if you're looking to really dive deep into exactly how you can start enrolling leaders in your network marketing business, then click the link here to check out Todd Falcone's in depth training on how exactly you can do that.

Back to member profile >>
This article was published on 04.06.2021 by Kevin Williams
Member comments:
No comments yet 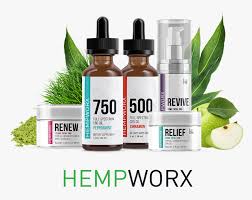