Three years ago, a guy named JP was 29 years old and he was losing money with his investments. He did not realize it at the time, but a ninety-minute investment training session, turned everything around for him.

In that training session he discovered that there is a blueprint to build wealth.

After the session he set a Power Goal. His mission was to follow this blueprint, to create a passive income of more than R220 000 per month within the next 5 years.

At that point in time, it was more like wishful thinking. Remember at the time he was losing money, on all of his investments.

The blueprint made sense to him.

What followed was not always easy and it took him a year to turn his investments from negative to positive.

At the end of the first year the blueprint started to pay off.

I know, to most people R4 350 profit, for a year’s effort does not seem like such a big deal.

But for JP this was HUGE.

He started small and at the end of the year he knew and understood, that all he now had to do was to think bigger and to repeat the process.

And that is what he did for the next year.

The results were massive and by the end of the second year his investment grew by a staggering 2451%.

Now to put it into perspective… most unit trusts in South Africa lost money during the same year… and here he is getting a growth of more than 2450%...

He could smell success and was on mission to get to his R220 000 p/m passive income goal. So, to speed up the process he celebrated by investing even more into his own personal growth program.

And again, the dividends were way better than what he expected.

In fact, it was so good that by the end of last year when his wife turned 32 and he gave her the best birthday gift a man can give his wife…

Free from the rat race.

No more bosses to tell her what to do and when to do it.

In charge of her own time.

And although JP was still working full time his passive income for 2019 was R888 824 for the year.

I know, you will agree with me that this is impressive.

Most people will work a lifetime and they will still not be in a position to retire with a passive income of R74,068 per month.

Remember… he achieved all of this in just three years.

But then in April 2020 the Corona Virus struck.

South Africa like the rest of the world was in lock down… the news was negative…. people died… well established businesses closed their doors… millions lost their jobs and livelihood… other took salary cuts.

So, in the first week of the lockdown he remembered because of his training that he had two choices.

Take the responsibility to apply the blueprint to create his own abundance...

So, while most people were worrying about their future, he started to invest more of his time to get an even better understanding of this amazing blueprint.

And in his first month he made more money than the first year by applying the same blueprint.

Plus, this time, he found a way to apply the blueprint to accelerate his growth with less effort, less risk and in in a fraction of the time.

Unfortunately, there will be only this ONE live web class.

If you are interested, please book and make sure that you attend the live training session.

Click on the LINK below and book your spot for the live web class.

Book For The Webinar HERE:

Back to member profile >>
This article was published on 09.07.2020 by Colin Jooste
Author's business opportunity: 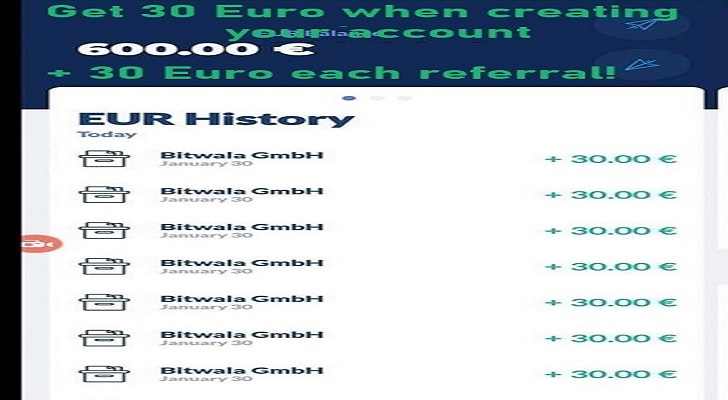