Take An Opportunity When It's Offered

And you may be wondering what I'm doing here on my day off. Well, I happened to be around the office, and my friend, the guy that owns the trucking company, says "Hey man, you want to do some local stuff today?"

And I'm really dedicated to my company, the company that my friend owns, especially because of him. We've been good friends for about five, six years now, and well, when he asks me to do stuff, I like to do it. Besides, it's all about making money. You've got a company, it's out here to make money.

So it's an opportunity I saw and I took it... grabbed it. And now here I am. I'm doing a couple of things today where I could have been laying around at home. Oh boy... And it just got me thinking about why is it that most people for some reason just avoid opportunity. Or they don't see it when it's presented to them, because they're so caught up, I guess, in everything else that's going on in their life.

I remember when I was in Afghanistan, I was a civilian when I was there, and the Sergeant First Class who was in charge of the maintenance people that I was working with, he asked me, he says, "Why are you here?" I looked at him and I said, "Well dang, Sarge. I'm here because of you. You know, you guys are here to do your thing, and I'm here to support that. So honestly, anything that you need done, that's why I am here. To do that."

And he was surprised. I guess he liked the answer. And he told me that another guy who I was working with, he said, "You know, I asked the other guy for things. And every time I ask him something, he starts out talking about why he can't get it done." And I honestly think that guy was never in the army.

Maybe that's why he didn't get it. But we're over in a foreign country. There is, in fact, a shooting war going on, and he wants to talk about how he can't get things done. It's a mind boggling concept to anybody who's ever been anywhere near the military. It just doesn't matter what's going on. So he's talking about why he can't do things where I look at things for... What can I get done. It's the chaos theory of time management.

I was talking to Rockit on the way to take her down to the office this morning, because it was all snowy here, and I told her, "You know, in trucking you have to be able to adjust things as they go. Nothing stays the same. Loads get canceled. Weather, it doesn't matter. Holidays. There's always going to be something going on that's going to change your plan.

So you have to be able to adjust your plan and get done what you need to get done at a different time or in a different place. For instance, I had a phone call with some people from a company I'm doing some online marketing with. And I had to drive down to the office. So I did the call sitting in my car in the parking lot because it was nice and quiet there.

So the whole point that I'm dancing around and talking about is taking advantage of opportunities as they present themselves, and you'll likely never have to worry about another opportunity again as long as you live. But just in case, if you take and grab a hold of lots of them, when it comes time to look around and maybe create an opportunity, you'll have seen so many of them that you'll be able to whip something up right out of thin air. And there's always another opportunity and there's always a chance to get something done.

And I look at it from the point of view... If you can get it done, or you can add, then that's what you want to do. To me, staying ahead of the game like that is the most effective way to make sure that you always have enough time, money and resources to get done what you need done when things aren't going so well.

Here’s how I stay ahead of the latest online marketing trends.

So that's what I got for today. Keep on keeping on, and I hope it's warmer where you are than where I am. Have a good one. We'll talk to you tomorrow. I'm out.

Back to member profile >>
This article was published on 16.07.2019 by Dave Kotecki
Author's business opportunity: 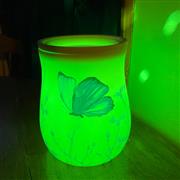