The 'Never Fails' Secret To Success

Hey, how's it going? I'm down here in La Porte, Texas, and it's a little bit noisy out here, to tell you the truth. A little muddy, too.

Anyway, I'm out back here. There's a big industrial plant behind me. I'm down by the ports. Hence the name the La Porte, right?

It's a little bit rainy out here, but according to Apple, my iPhone 10S Max is waterproof. Or at least a little drizzle proof, it should be. If it's not, there's going to be a bummer ending to this video.

Today I was talking to Rockit about making these videos every day and she mentioned, "Well, you know, you've got a little bit of extra time. You could probably make a couple of extra videos." And I told her, "You know, I understand where you're coming from with that, but the point is, the goal, the objective, is to record a video every single day."

So I can make extra videos if I want to, but that doesn't make up for tomorrow or the next day. Even if I make 10 videos today, I still have to make at least one video tomorrow or else I have not met my objective.

It's like this story I heard a long time ago. It was very foundational to me. There's this old, wise Chinese man sitting outside of his hut one day. A young boy comes by, and he's asking him, "Why are you in such a hurry?" And he says, "Well, I've got this to do today before school, and I just want to hurry up and get over there so I can get it done." And the old man says, "Well, let me tell you something."

"If I have something to do, instead of rushing off on one day and attempting to get the whole thing done, I will take effort consistently, daily, to make sure that I get it accomplished." He says, "You see the bridge going across the stream there?" And the kid says, "Yeah." The old man says, "Well, if I have an objective to dam the stream, then every day I will decide to drop a pebble in the stream. And if I go across one day and I realize I've not tossed them pebble, then I'll return and toss a pebble. I won't say "I will wait until tomorrow and toss two pebbles, and I won't wait till the end of the week and toss a handful. I'll make sure that I get that done every single day. And over time, eventually the stream will be dammed."

That kind of sounded weird, didn't it? But that's the whole thing. Where I talked about massive action a couple videos ago and how it's likely a bad thing for you, because you don't have a definition of it. It doesn't mean anything. And besides, it's an outcome goal, which you cannot control. The only thing you can control is what you do consistently, on a daily basis.

And if you want a blog, or you want to do videos where you want to sell something. If you make a goal that you control, which is your action, then just like the old man who could dam the stream by throwing a pebble in daily, you will, without fail, reach whatever goal it is you're after. Because of that consistent daily action.

That's how you become an expert.

People will ask, "Well, how'd you get so good at doing this?" Most of the time it's just because whoever you're talking to has been doing whatever they're doing for so long. They just keep getting better at it. All of a sudden, one day, everybody thinks they're a natural, and they're lucky, and "Oh my gosh, you're so wonderful."

And they're like, "Well, I've just been doing this. You know, I never really set the goal to be the best in the world. But hey, look what happened. I'm really good."

Everything you do is going to work like that. So that's your key. Make goals you can control, which is on your actions. Then carry them out without fail. Like Benjamin Franklin said, "Resolve to do what you ought, and do without fail that which you resolve."

That's all I got for today. I hope it's a little bit Sunnier where you are. I'm out.

Back to member profile >>
This article was published on 03.07.2019 by Dave Kotecki
Author's business opportunity: 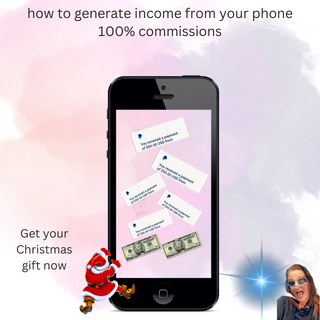