If you remember from the other day, I said, we're going to go see Marshall Sylver's turning point in Vegas this weekend.

We've got a few hours before we fly and I was reading a piece by Bruce Barton.

Now if you don't know who Bruce Barton was... He was one of the best ad men that ever lived. Absolutely fantastic writer and his stamp is on a lot of famous copywriters. Even some that probably don't know it.

A guy named Robert Collier, who wrote the Robert Collier Letter Book, and also wrote several books besides that on motivation and stuff. He actually worked with Bruce Barton way, way back. I'll read anything by Bruce Barton just because it'll teach you how to write better.

I first learned about him in a book called The Seven Lost Secrets Of Success. It was written by Joe Vitale. I heard about that from a guy named Ben Settle, who is one of the premiere email trainers that there is. He's not for everybody, but I love his stuff.

So if you're looking for a good guy to learn about email and other good things, check out Ben Settle.

Anyway, this piece I was reading by Barton was talking about how everybody's got something. He gave a couple of quotes about how awful life was, and how people would never get along and everything. These were quotes by 2 famous people.

And he said, "Look, these guys you would think had everything going for them. But here they are writing these quotes that sound like someone who's, never gonna amount to anything, They're such a loser."

The first one was by Abraham Lincoln and the second quote happened to be by Napoleon.

I say quotes, but it's probably not something that later on in their life, once they got their stuff together, they wanted anybody to even see or hear. But there it is.

It just goes to show you that no matter who you are, you're going to have challenges. And no matter how easy it looks for someone else, they've got their own thing going on that you're never going to know about.

It's not at all like they put out on Facebook. Talking about the greatest things in their lives and nothing ever goes wrong.

The truth is, everyone has their challenges and they're going to have to deal with them at one time or another.

So when you're looking to make yourself better and improve yourself so that you can get further along in your business, always remember. No matter what it is you've got to face, it's likely someone else has already faced it and won.

You might even be first, and you can show everybody else how to do it. There's no sense getting down just because you've got an obstacle.

Because I'm here to tell you, being in business and trying to make your own way is not going to solve all your problems. What it'll do is introduce you to so many new problems you never even knew you had.

I'm talking about just the way you are on a daily basis, and how you could be better. I guess that's the ancillary benefit of being in business. You must become a better person in order to succeed. So work on that.

I'm going to go ahead and do few things before I get ready to get on my flight. I hope you're having a fantastic day. It's beautiful here in Reno - Sparks.

The dogs next door are letting everybody know how they feel about the siren going on in the background.

One of the joys of doing things unscripted.

All right, that's what I've got for today. I'll see you tomorrow. I'm out.

Grow your online business with MarketingYabber

Back to member profile >>
This article was published on 20.06.2019 by Dave Kotecki
Author's business opportunity:

Mourad Marketer thanks for sharing  3 years ago 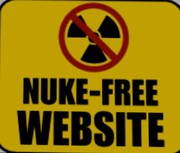