Years ago I read a book by a man named Robert Allen. The book was entitled, Multiple Streams of Income and I've been about those four words ever since.

Why are we so brainwashed into going to school, getting good grades, going to college, getting a g-o-o-o-d job, working for 40 years, only to then retire to social security and/or a company pension (if we're lucky)

The entire scenario question in the above paragraph has one thing in it that we are all doomed to experience if we don't adopt a goal of Robert Allen's, "Multiple Streams of Income."

What is that one thing?

Living paycheck to paycheck on a single source of income from...your job!

If you're reading this, you probably have one. So do I. But what separates us from the "sheeple" out there is we ALL are in our own businesses with a goal of bettering our financial situations. We don't subscribe to the "home-to-work, home-to-work routine for the rest of our lives. We don't want to survive on just ONE SOURCE of INCOME.

I don't know where you stand on how our economy is doing.  If you believe the news, you'd swear our economy is doing just fine.  Personally?   I don't think so.  I read a LOT, and I read where our economy is headed for another recession.  I believe it!  Ever heard of a man named Peter Schiff?  His latest book called "The Real Crash" is an excellent read.  It's about how and why the U.S. economy is headed toward's bankruptcy and what you can do to protect yourself.   Everybody (CNN, MSNBC, FOX NEWS) all laughed at him back in 2006 when he said we were headed for a recession.    Guess what happened?   Uh-huh.

Regardless how you feel about where our economy is headed, there should be no way in hell anyone in the so-called middle class settle for earning money from just one source.

I just heard a heartfelt commercial on the radio recently promoting something called T.H.A.W.  It's an acronym that stands for The Heat And Warm fund here in Michigan.  A lady was speaking about how she was laid off her job and how she never thought she would need help in paying her heating bill.  Folks this lady said she had lost a job that was paying her $90,000 a year!  Let me repeat that...$90 THOUSAND DOLLARS A YEAR?If THAT unfortunate example isn't a reason to stop depending on one income, then I don't know what is.  And there are plenty of people everyday losing good paying jobs like that and having to turn to EBT cards (Food Stamps) and government assistance programs.

Which leads me to the reason for this business announcement today. I'd like to announce another way to add another income stream to your bank account. And it goes hand in hand with whatever company you're with right now because if you're reading this, you need it.

You owe it to yourself to at least check this out==> http://www.leadstogrowyourbiz.info

It's another source of income folks, don't depend on one source...EVER!

Back to member profile >>
This article was published on 21.12.2016 by Frank F. Mayes
Member comments:
No comments yet 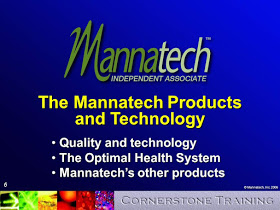 Member Ad
100 - 200 Leads Every Day
I wake up to between 100 - 200 Leads everyday. Leads that I'm able to use in my primary and secondary Businesses. It's just a Dollar a day and it works. Join my Team and start getting your leads