Shocking Discoveries - And How To Profit From Them

Every week or so, Carol likes to broil fish for dinner.

At least she did before “the incident”.

It happened a few weeks ago.

As usual, Carol was out shopping for dinner and she picked up some fish.

When she got home she put it in the fridge and finished doing her laundry.

The trouble started a few hours later when she unwrapped the fish to broil it.

She discovered - to her horror - there were worms in the package!

She called everyone she knew to warn them about buying fish at Fly-by-Night groceries. She even posted about it on social media.

She can’t be blamed for her reaction, can she?

Nobody expects to get worms in their package of fish.

Yet that’s not the whole story.

Almost all fish sold in grocery stores has worms in it.

I can almost hear you screaming “WHAT?! NOT IN MY FISH!”

It’s common knowledge to the people who work with fish.

It’s definitely UN-common to those who think all the food in the store is worm-free.

The same type of thing happens in every industry.

There are those who know, and wisely keep the “worms” hidden from the view of those who don’t know.

And there are others, who really don’t want to know about it.

When you strike out on your own to hit it big, you’d better be ready for them.

If you don't accept that and keep an eye out, you'll be like the following people who were completely unprepared for the reality of running a successful online business.

I can't begin to count the number of new entrepreneurs who email me complaining about the hassles of online business.

"I have my company pages. Am I ready to send traffic?"

"I signed up (or bought the product), when can I expect the moolah to start rolling in?"

"I thought this was supposed to be done for me. Now you're telling me I have to put some effort in?"

I'm guessing you don't want to be one of the sheep who go broke lining the "guru's" pockets with your hard-earned savings.

You're in the right place.

I’ll show you how to avoid the worms online - or use them to your advantage.

While your competition is left complaining to anyone who will listen how unfair life is.

Back to member profile >>
This article was published on 29.03.2018 by Dave Kotecki
Author's business opportunity:

Member Ad
We Care for our Partners
Are You happy with your results?Are You satisfy with Your leaders?Do You have assisstance when You need it?Do You have an excellent product? Then don't click on this link!! 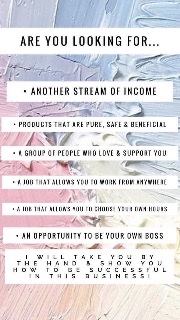