The #1 Reason Your Business Will Fail

All right... back again.

I'm here in San Francisco as far as the cartoon scene is concerned. Actually I am in California, but I'm a little bit east of San Francisco.

Had to climb the mountain today, throw on chains and well, that was pretty rough. But anyway, looking on the bright side of things, which is why I'm having the sunny background, I wanted to start talking about stuff that people don't think about and they really should.

There are a lot of people online that'll tell you that our businesses are not about the money. It's about helping people, or your business is not about making money, it's leaving a legacy, or it's not about the money, it's about what you can do for your family and all these things. And I'm here to tell you business is for making money. That's what you do. That's what you are as a businessman, as a person who creates profit for your family or your shareholders, whoever it is.

I belong to the camp of Kevin Harrington. He's the one of the original sharks on Shark Tank, and he's sold over a billion, maybe several billions of dollars worth of stuff on TV and using all different kinds of marketing channels.

And I like what he says. He says, “Business is about making money. If you want a friend, get a dog.”

I believe that down to the core of my soul, and I'll tell you why.

Because if, especially when you're starting out, but ongoing, if you are not constantly focused on bringing in more money, you will go out of business. You will spend more than you take in. You won't make enough profit. That's how businesses fail. Businesses fail for one reason - not making enough money. That's the only reason they fail. Because if you had enough money, you would make things happen.

And I know there’s... in the end you can come up with many different scenarios and point to something where you think it's not money, or you have to go in a roundabout way to get to where - Yeah, it actually did come down to money.

But that's the whole thing.

If you’re... if you want to go in a business and you don't want to earn money, you're doing the wrong thing. Start a nonprofit or whatever you gotta do.

That's the number one thing you should focus on. Let's say you're just starting out. You want to focus on sales, making the sale, getting paid a commission, or if you're an affiliate or a network marketer, you make the sale and make your profit.

If you're just making your own thing, even if it's a physical product, but you have to... you have to constantly think about how much money you're bringing in versus how much is going out.

If you lose sight of this, you're going to fail.

You have to look at, “Okay, this is what I did last week. What am I doing this week?” "Am I maintaining? Am I growing? Am I falling back?”

And if you keep a tight rein on those numbers, you'll know exactly what to do every day in order to continue. Especially when you're starting out. People tend to... they get the business cards, and they want to set up a blog, and they're thinking of different colors and what pictures to have on it.

None of that stuff matters.

All that is a bunch of crap that will distract you from your main mission, which is to get people to your offer and have them buy it.

It's critical. It's everything. Get people to your offer, have them buy it.

You have different pictures, different videos, different whatever, in order to satisfy your need to have your own personal style.

But until you're making money, nothing else matters.

Build your business for profit from the beginning.

That's what I got for today and I'm signing off from cartoon San Francisco.

Back to member profile >>
This article was published on 15.08.2019 by Dave Kotecki
Author's business opportunity: 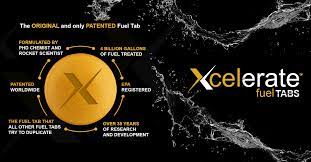