The Painful Truth About Being A Network Marketer

I think the biggest problem with network marketing is people think it's easy. You don't see it like a 'real' business. It looks so easy a caveman could do it.

Funny thing is, that's our job as marketers. To make things look easy. To talk about all the upside and ignore the downside. To get people involved with the company and sell more product.

But there's more, isn't there?

You have a responsibility to your team. If you brought someone in, you owe it to them to be the leader you claimed you were. If you stand on the dock and watch them sink slowly out of sight after throwing them in, aren't you responsible for their failure?

The problem starts with whoever brought YOU in.

They have no idea how to market effectively because they were never taught. Their sponsor wasn't taught. Neither was their sponsor's sponsor. And so on.

Once in a while somebody gets it right. But it's more likely being lucky with timing and a miracle recruit.

Side note: I was helping run a high-dollar coaching group several years ago. We had people making over $10k per month. If you asked them how they did it, you'd get a blank stare. They had no idea. Hence the need for our coaching.

I know networkers on this site don't know how to market because I see what goes on here. The silly ads. The  weak connection requests. The boring notes. The crappy corporate videos. Yuck.

Don't get your panties in a bunch. Nobody knows how to do anything until they learn it. The biggest problem with your marketing is you learned it from somebody who didn't know it, and the company pages all suck like a black hole. And they all look the same.

Using social proof (everyone else is doing it!) as a basis for your marketing is business suicide.

You must understand where you are in the food chain (you ain't at the top). And if you're not at the top, you're probably at the bottom.

The average networker brings in a fraction over 2 people. If a few become long-term customers, the company will make a profit and grow. But you won't. And the company doesn't care, because sometimes those folks will bring in their 2. And the machine plods on. Companies make millions while personal savings accounts are squandered on a daydream of beaches and yachts.

I'm not saying the company is unethical or they don't care about their distributors. I'm simply pointing out the fact that their success is not dependent on yours. Their business model works off the churn.

If you're using the company provided squeeze pages, videos, emails, etc. you look like any one of 73,456 other distributors all trying to sell the same thing, at the same time, in the same way. Not exactly a recipe for success.

Right about now you might be thinking, "OK, Dave. I get it. We're all doing the same thing, and nobody's buying. So what the heck am I to do?"

First, go to my profile and make a connection. Include a friendly note. I'll respond.

Then you'll get notified when I post the next article in this series. We're gonna get all up in it.

Dave Kotecki
P.S. Looking for leads in all the wrong places? Here's where to find some: https://davekotecki.com/LsProof

Back to member profile >>
This article was published on 31.03.2020 by Dave Kotecki
Author's business opportunity: 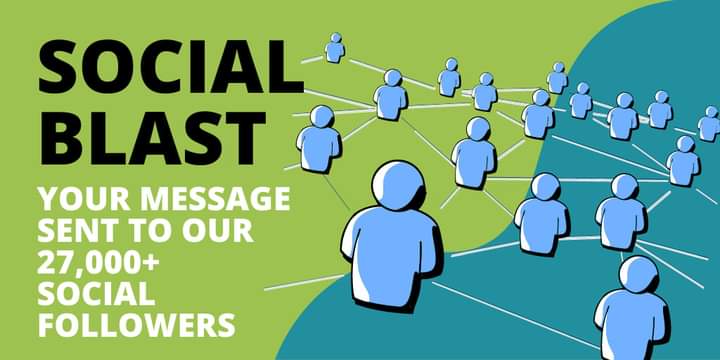