The Dull, Boring Way To Be An Expert

Hey, how's it going? It's a little bit snowy out here today. We've had some really nasty weather. Makes me long for those days in southern California.

Anyway... I'm watching some training and working on some sites today, and it reminded me of a critical rule. That the main thing... The dull unpolished object... The boring old foundational things that you have to do if you want to succeed. Not just online... But lifting weights, or learning how to box, or a new language... Anything.

And it really comes down to just one thing and that's practice. In other words, you just do what it is that you want to get good at, and you do it every day for a long period of time, until all of a sudden you're good. And people say, how'd you do that? And well, it's no secret. I just do it all the time. So now I'm good at it. And I don't know what it is about getting online... Or maybe it's this way about everything and I just noticed it because of what I do.

But it seems like every single person that gets into marketing online (who's not like a business person already), they go through this stage where you have to attempt to get all this training. And you end up downloading all these freebies onto your hard drive, and you never open them, or you skim through them and you read them and you don't take any action on any of the steps that are suggested... And this goes on for a long time for some people,

And here I am almost getting run over by my neighbor. Anyway... When you get to the point where you realize that, hey, you know, I'm going to have to do this thing, and not just learn how to do it by reading the book, but actually getting in there and taking steps on it every single day... Because it's the only way you're ever going to learn. Especially the stuff online.

It changes constantly. If you've ever tried to do any advertising or anything else on Facebook, then you know that they change their policies all the freaking time. You can't keep up with it. It's a, it's a nightmare. So people put courses out and they say, "I'll show you how to do this and this and this", and if they don't have an ongoing upgrade, it's going to be out of date... probably by the time they get it uploaded on the Internet.

So when you're looking at all this stuff that you're trying to figure out to do, and you get your training on it... You just have to commit to doing that thing and keep working on it daily for a long period of time... Until you get it. Because every time you choose something new, the whole thing starts over from zero. There are some, some things that carry over, that are similar... Like between platforms and so on.

But the bottom line is if you're going to be real good at anything, it's going to take a lot of time and effort. And then you'll just pick up on it and yo'll be the one that knows the most about it. And I know that this is not nearly as exciting as getting a new course or a new tool. We'll talk about those things later.

But in the end, they only thing it's going to make you proficient at anything is consistently, every day, doing it until you get good at it. So there I am with the, one of the foundational things. It's not exciting, but it's what you've got to do if you're going to succeed.

Here's something that IS exciting for affiliates and networkers.

That's all I got for now. I've talked to you tomorrow. I'm out.

Back to member profile >>
This article was published on 17.07.2019 by Dave Kotecki
Author's business opportunity: 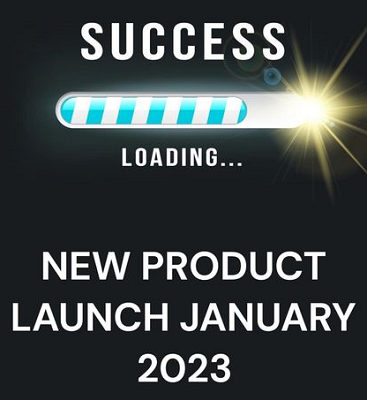 Member Ad
I HATED HAVING BAD CREDIT
Have you been denied for a new car or home? I was in your shoes 5 yrs ago, frustrated & confused. I came across this non profit company and it changed everything. My credit score went from 575-761!