Our Products Are Now Endorsed By Dick Gregory and his son Christian.

We are happy to announce that our entire product line is now being endorsed by the Gregory's. Dick Gregory has always been recognized as an icon in the health and wellness industry and now he found something that has captured all his attention. EPX Body laid out their red carpet when Mr Gregory came aboard. The Gregory's are now producing and broadcasting radio shows. Radio shows which will air across America, initially, and support the product line I've been proud to be a part of for over four years now.

Just to give you an idea, I will share a personal experience. An experience that was witnessed by my entire immediate family when I began taking the EPX Body Cardio

As a family we like to get out in nature for long walks on woodland trails. I was always fine with trails scoured from even terrain but, my wife Lisa was all about the inclines. After a five mile walk we found ourselves in front of a set of steps that climbed a slope next to a set of toboggan chutes we enjoyed as young adults. Now at an age above fifty I looked up at the 125 steps that stood between me and the car which was at the top of the slope. Walking back five miles was out of the question so I began our climb. Of coarse the others had already begun their assent. Not sure at what point the steps would start calling out words/phrases like "you'll never make it" & "stop now if you know what's good for you". The top seemed like it would never get any closer. Upon reaching the summit I found myself completely out of breath with wiggly legs that would not get me to the parking lot without what turned out to be a lengthy rest. As I sat on a knee wall I watched as others came over the top. Many were heading back down only to begin their next climb. When did my body get this out of shape I thought to myself. Turns out it wasn't my whole body but my circulatory system had become clogged.

It was by chance that I would be introduced to the EPX Body Cardio Product. After speaking with a long time friend, Eric, who had used the product himself and helped others in the past, I felt compelled to give it a try. I wasn't motivated by the arduous climb that had gotten the best of me days earlier...just wanted to feel better. I believe I was taking the product for just over three months when we found ourselves at the Whitewater State Park in Minnesota. Naturally they keyed into the potential for some serious hiking  adventures and what they thought would be another good laugh at my expense. The park ranger pointed us to the beginning of a twelve mile hiking trail. What he didn't say was that it begun with a 1,500 foot climb up to the trail that lead out to inspiration point ...yep they have one too! The kids were shocked when they couldn't loose me and I was with them when we reached the top. After the 12 mile hike was over and we were back to the car, which had a picnic lunch and cooler full of "beverages", someone said let's go up the road and climb the fire tower before we have lunch. This was not received well and of coarse I was out numbered again. When we arrived at the fire tower we found ourselves at the foot of a mountain with 647, remember the 125 steps at the toboggan chutes, steps that lead up to another trail that would end at the fire tower. Before I could say anything the kids started running up the steps. By the time everyone reached the fire tower Lisa and My son Alex would chicken out...this tower was scary and we had all been up others before. My daughter and her boyfriend were already on their way up when I started my final climb. When I came through the hatch in the floor my daughter couldn't believe her eyes. She shouted "dad...you made it". Okay back up and let me get my wind back. After enjoying the view and with Bald Eagles flying all around us we started talking about the lunch back in the car. Down they started. When we got back to the trail that would take us to the 647 steps I stopped to talk to someone on their way up. Our brief conversation would put some distance between me and my now starving thirsty children. When I reached the stairs I could only see my son and wife Lisa a distance ahead of him. I started running down the stairs and yes my legs were tired but I stayed with it because I to was thirsty. I passed Alex as he said wow dad. I yelled to Lisa to get out of my way I'm coming through. Passing Lisa I was now able to see my daughter and her boyfriend. Seeing me running they would pick up their pace probably because they both go to the same college and are both athletes. My daughter said " dad your going to kill yourself" as I passed her and Trevor, her boyfriend, turned up the heat. I cought him at the parking lot.

So take it from someone 54 years old that knows...this stuff really works! One in three people, over the age of thirty, will have a heart condition or stroke. This product changes that ratio...won't you come aboard?

It will make you feel better thus changing your life!

Terry
Back to announcements >>
This article was published on 28.02.2017 by Terry Johnson
Author's business opportunity: 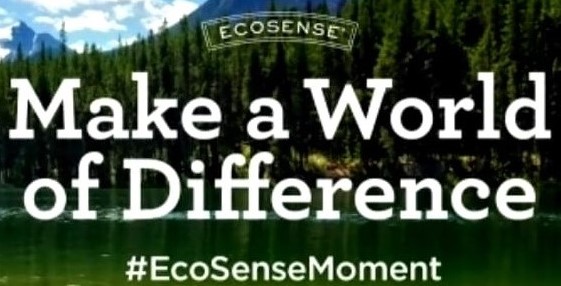