In the TV series Breaking Bad, Walter White (aka Heisenberg) starts a meth-cooking operation to stash some treasure so his family can live large after he's dead.

He was diagnosed with terminal cancer and didn't have a lot of time to pull it off.

Turns out he's a natural. His career as a high school chemistry teacher gave him all the skills necessary to launch his meth operation and dominate the market.

Heisenberg's meth was so pure his competitors took to adding blue dye to their inferior product to make it look like his. Of course, it didn't work, because they couldn't come close to matching the quality of his cooking.

But he was sitting on a time bomb.

He was making money so fast he didn't know what to do with it.

The problem was the cash had to be laundered to look legit. If it wasn't, he'd soon attract the attention of one of the most feared and hated organizations in the country. The IRS.\

Luckily for Walt, he had a shady lawyer named Saul who moonlighted as a money launderer. Saul had connections all over the criminal world and knew just how to make tainted money look as fresh as if it just came out of the Fed.

Saul suggested Walt run his ill-gotten gains through a laser-tag park. The operation was big enough to clean Walt's money. All he had to do was buy the park and the gig would be on.

Then Walt's wife threw a wrench in the works. She didn't like the idea. She thought a car wash made more sense because Walt would never invest in laser-tag and would have a hard time explaining his interest in an audit.

Since you read my emails you probably know by now how disastrous taking advice from someone who has no clue what they're doing can be. (If you don't, keep reading them. All is revealed over time)

Saul, Walt, and his wife had a meeting, where Saul tried in vain to explain to the noob launderer (Walt's wife) why they should follow his plan. There were lots of reasons, but the whole thing hinged on one simple thing.

Danny was the guy that ran the laser-tag business. He wasn't a genius, he'd never build a huge empire, and he was pretty much an average guy. But Danny had one thing absolutely essential to the success of the laundering operation. Danny was loyal, knew how things worked and were an absolute clam. Meaning he would keep his mouth shut no matter what.

Without Danny, the whole shebang was at risk.

Well, Walt had to go along with his wife, and things didn't work out as well as they'd hoped.

Here's my question for you...

Do you have a go-to guy who knows how things work, and can take care of things when they go sideways?

Are you getting your advice from someone who knows the secrets, like Saul?

Or are you more like Walt's wife? Winging it, attempting to do everything on your own and hoping for the best?

If that's your decision, I wish you the best of luck. You'll need all the luck you can get.

But if you'd rather get the low-down from someone who's been through the wringer and has the scars to prove it, do yourself (and your bank account) a favor.

Listen to your Saul.

P.S.
If you've never made money online, or have no clue where to start or who to turn to...
My high-demand Email Marketing Boot Camp is only 12 bucks right now

Back to member profile >>
This article was published on 14.10.2019 by Dave Kotecki
Author's business opportunity: 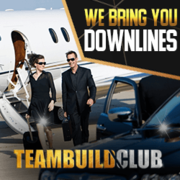