One of the things I love about the MLMGateway community is the fact that the majority of us are committed to either network marketing or direct sales.  When I say the word committed, I mean if you're reading this, you laid out some hard earned bucks to join your company. That's not "kicking tires", or saying "I'll try it out", no you actually made a "commitment". My old man would have said, "You put some skin in the game!" So there's no convincing, or explaining the business model of network marketing to you because...you get it!

It is for this reason I market my business (high - ticket) to network marketers and network marketers only. Y'all get it!   So when it comes to showcasing an MLM business there's no, "Well, I don't know if that'll work!" Or "Isn't that just another one of those pyramid things?" Or, my auntie on my father's side whose cousin's brother got into one of those things was scammed into buying a crap load of expensive detergent and it just sat in his garage and he couldn't GIVE it away!"

You get my drift?  When we market to what is known as the "target market" we don't have to put up with the nonsense I just alluded to above. That being the case, than why do we still have people in various companies of MLM setting new people up for failure by insisting they start their businesses by targeting their "warm" market?  (friends & family)

My upline sponsor in an MLM I was a part of back in the day gave me this thing called a Memory jogger. Sound familiar? And on it, there were words that were suppose to jog your memory as to who you have known since you were in kindergarten.  Come to think back on it now, I think the name of the memory jogger was entitled "Who Do You Know!"   Anyway, I was told that the people I would write down on this list would be know as "suspects" instead of prospects. He said that we should never use the word prospect for anyone that hadn't seen our compensation plan first. Up until then, they should be labeled as "suspects". People you Su-SPECT might be interested in your business.

Now I took you on that trip down memory "nightmare" lane because much to my disbelief, in this day and age of social media, tablets, laptops, smartphones, voice broadcasting, etc. You STILL HAVE people out there who teach new people coming into the network marketing industry this malarkey on how they should get started.


Folks please, and I hope you're not doing this.   But don't set yourself up for failure by trying to contact your so-called "warm-market." Your friends and family won't understand this business. Even saying the letters M-L-M to people conjures up in most people's minds as...SCAM.

I wrote an earlier business announcement called Preaching to The Choir, and I know that's what I'm doing now. But just in case someone brand spankin new just came into the industry and is on this website,  I would hope they might see this announcement, read it and take heed to it.

DO NOT SHARE YOUR MLM BUSINESS WITH YOUR WARM MARKET!

Promote your business to like-minded individuals. People who are members of a community like MLMGateway.


Trust me, if you take my advice and market to MLM genealogy lead lists, you'll save yourself a lot of time, money and heartache.

Back to member profile >>
This article was published on 17.12.2016 by Frank F. Mayes
Member comments:

Robin & Damon Ashley I couldn't agree more Frank! I encourage my team to do just this based on personal experience, but the way you have explained it will be helpful in making them understand why. ~R  6 years ago 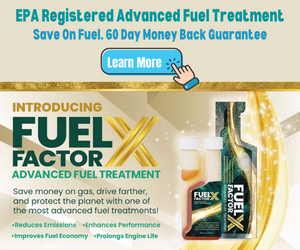 Member Ad
MLM Leads That Convert!
I’ve never had such an amazing response! Of 50 leads that I bought, I signed up 7! These mlm leads are working for me…