1. Married persons - transactions made without the required consent (can later be ratified)

2. Insolvent's contracts - voidable at the instance of the trustee.

3. Contracts can also be voidable when all the requirments for a valid contract are present but there is a defect in the consent of one of the parties. (Duress, misrepresentation etc...)

4. Defect can be due to misrepresentation, duress, undue influence.

5. In a voidable contract the party who has been wronged has an election.

6. His/her election is to either:

• Abide by the contract.

Note: until the party makes their election there is a valid and binding contract!

You can cancel a voidable contract because it does exist. Once it is cancled (should the person choose to cancle) it does not become void. It comes to an end, it did exist and there will be consequences. (Under the law of contract)

The person must his or her election within a reasonable time. What is reasonable depends on the facts. Once he/she makes the election he cannot change his mind.

• If he elects to cancel and claim restitution then he must also make restitution (unlike the minor in the limping contract - note this).

• If he can not make restitution then he must restore the monetary value.

A mistake renders the contract void.

There are 3 types of mistake:

2. Unilateral mistake - only one party is mistaken, the other party is not.

3. Mutual mistake - Both parties are mistaken but they are at cross-purposes.

Both parties are in agreement but have both made a common mistake. Example: A sells B a sealed container of oats, they both think that it contains rice - which is what they want to buy and sell.

* A mistake is "Material" if the person would not have contracted had they known the true state of affairs.

Applying this general rule - the courts have identified a list of material mistakes but this is not a closed list: (This list will apply to common, mutual and unilateral mistakes)

• Mistake as to the subject matter

• Mistake as to the identity of the parties (only material if identity is essential to the contract) 1. Marriage 2. employment 3. engagement

• Mistake as to the terms of the contract. For example the parties agreed the price would be R50 000 but the doccument records the price as R5 000.

The following are not material mistakes

1. An error in motive. eg: you think that you have lost your watch. Thus you buy another one to replace it, you were mistaken - you find the watch. That sales contract will not be void due to your mistake.

Back to announcements >>
This article was published on 17.12.2015 by Yadav Timmal
Member comments:
No comments yet 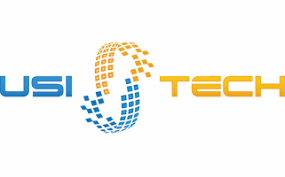