What If None Of This Is Real?

Hey, how's it going today? I'm coming to you from the Monster Lab, and I'm doing so for a specific reason. Because I've been playing with some really freaky ideas in my head, brought up by Scott Adams, the guy that created the Dilbert comic strip.

He's written several books and he talks about a concept or theory that he's heard, that we may all be living in a computer simulation. All of this is just a simulation. WE'RE a Simulation. We're not a real species, but a computer-generated simulation set up by higher intelligent beings. And they say this is mathematically more likely than we are one of the real species.

I know it sounds crazy. Check this out. I'm going somewhere.

Way, way back when the Matrix first came out. I remember a buddy of mine said, "You know, what if this really IS The Matrix?" Odd that he was 20 years ahead of his time. "What if this is really The Matrix, and we're just plugged into some computer simulation?" And I told him, "It doesn't matter. If you jump off a cliff, you're going to smash into pieces at the bottom. If you don't pay your taxes, the IRS is going to come after you, and if you eat something that's bad, you're going to get sick. All these things stay the same."

So the concept is, it doesn't matter whether this is actually real or not. What matters is what you can do with it, okay? If you start thinking about it, being in a simulation, you know the law of attraction, all that freaky religion stuff, some of it starts to get really weird.

Keep up with me. The reason this is so important is because you can begin to understand that everyone lives in their own brain- generated reality. In other words, when I look at something, and you look at something, we see the same thing or very close, but we interpret it differently based on the programs in the filters in our brain, that are there because of the way we were brought up, our environment, what we think about and so forth.

And it's critical to understand this concept because when you are attempting to influence other people, which is buy your stuff because you're in business and you want to let them know that what you've got will solve their challenge. Whatever it is. if you're attempting to speak to them from your set of filters, you will likely fail to influence them. Because they don't see things the way you do.

And this is a big mistake that most people, (dare I say ALL marketers?) When they first start out, they start talking about things from their point of view. The wonderful thing about the internet is you come across so many people that there's bound to be a large number that thinks just real close to the way you do.

So you can still make money, but that's not exactly what we're after. What we're after is assisting the largest number of people possible to find our product or service and buy it. Because it will improve their lives.

I know that some of these things are pretty heavy and it's cool. You can get on my email list and you can read my blog and watch my videos.

I keep talking about the same stuff because it's very interesting and it's very effective.

So think about it. Whether you accept the idea that we're living in a simulation or not, DO accept the fact that in order to speak to the largest number of people, you've got to learn to speak to people in their language.

That's all I got for today.

Signing off from The Monster Lab.

Back to member profile >>
This article was published on 24.06.2019 by Dave Kotecki
Author's business opportunity: 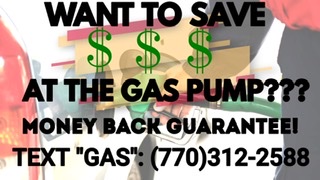 Member Ad
HEALTH IS WEALTH
Become a health coach with a little as $52 and inspire healthy living around the world while get to earn attractive sales commissions and promotion bonuses up to $30,000.Free training and resources !!